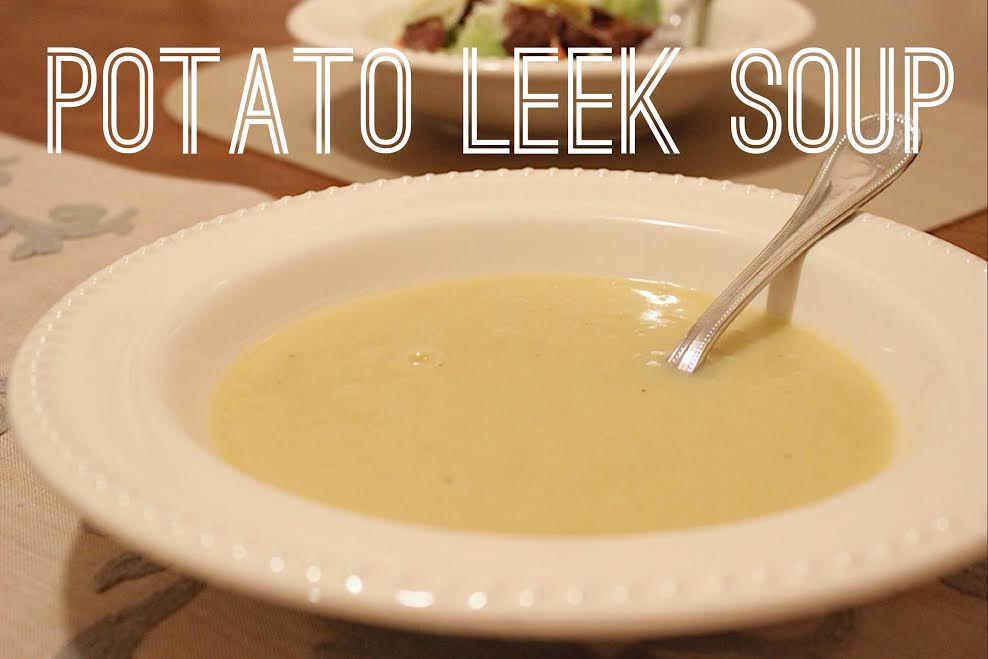 I’m a fan of potatoes in basically any form, but as a soup would rank towards the top. Well, after mashed potatoes and french fries, I suppose! I don’t come across Potato Leek Soup on menus all that often, but when I do I am quick to order it. I love how subtle yet delicious it is. So when I came across this recipe on Skinny Taste and saw how simple it was to prepare I jumped on it.  It turned out exactly how I hoped it would and that was only reinforced after my 2 yo finished her second bowl ;) 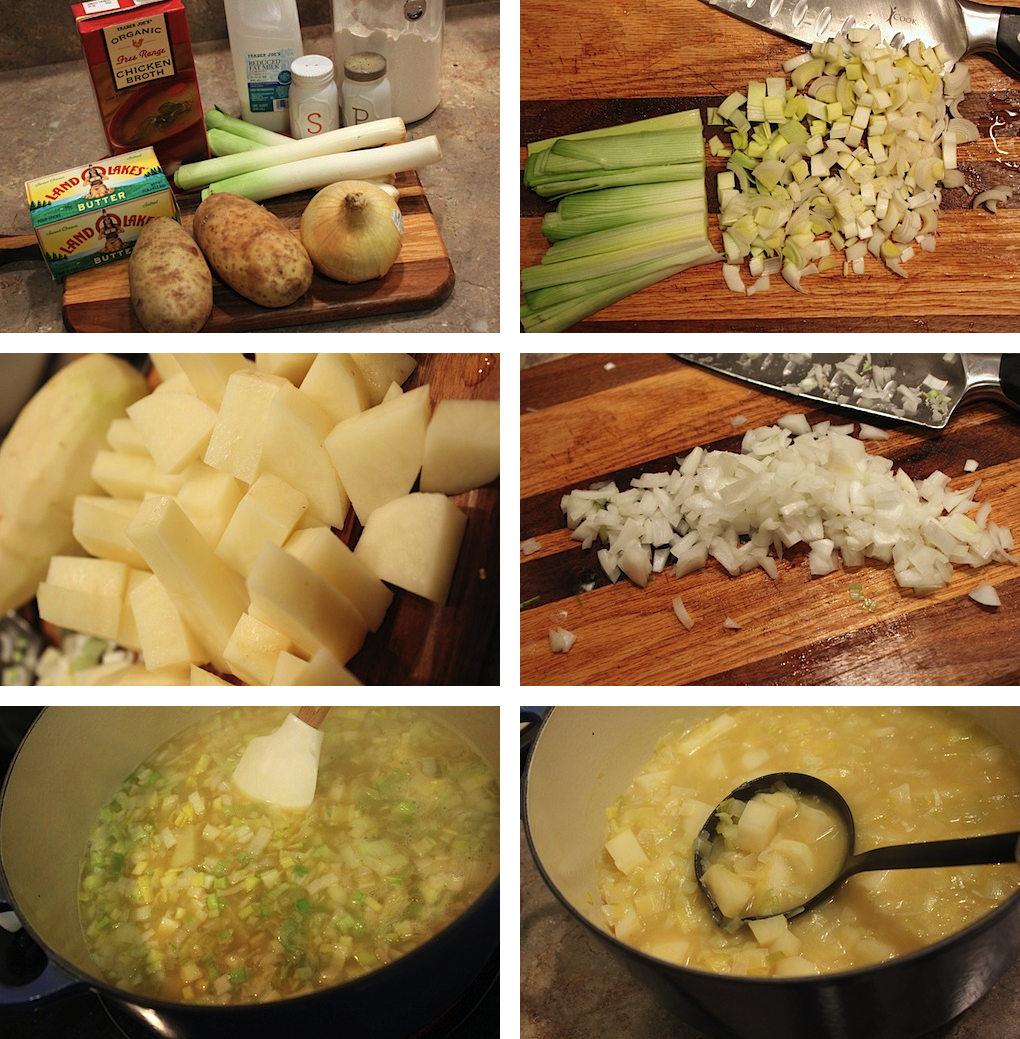 I don’t own an immersion blender so I transferred it to my standup blender which worked perfectly. 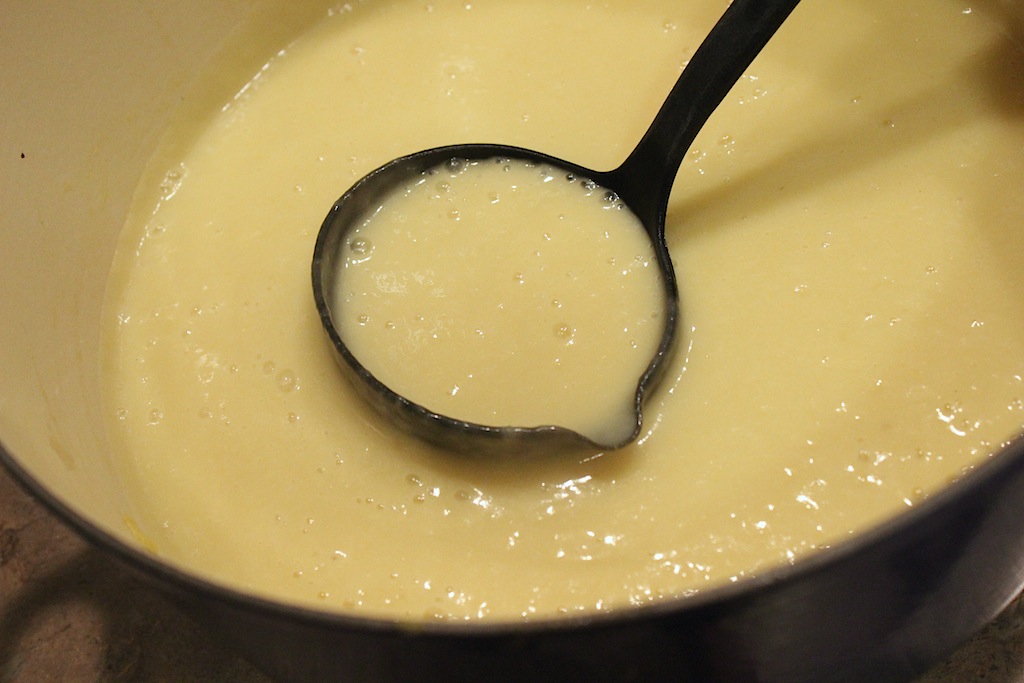 Wash leeks very carefully to remove all grit. I usually cut them horizontally and separate the rings to make sure no dirt remains. Coarsely chop them when washed.

In a medium soup pot, melt butter and add flour on low flame. Using a wooden spoon, mix well. This will thicken your soup and give it a wonderful flavor.

Add chicken stock, leeks, onion, potatoes and bring to a boil. Cover and simmer on low for about 20-25 minutes, until potatoes are soft. Using an immersion blender, blend the soup until smooth adding the milk and adjusting salt and pepper to taste. Serve immediately.