If there’s one guide that I don’t have any trouble filling, it’s that of the kids! There are always endless possibilities that they would enjoy. I try to include gifts for my own kids that are practical and will get regular use in addition to the toys that we never know whether they’ll continue to get played with after that initial Christmas morning! Those are the things that drive me crazy and the reason their lists only include 5 or 6 things that they really want.

My girls have both requested Uggs, and while I’m not willing to invest in full priced Uggs when their feet will be out of them in no time, these Koolaburra by Ugg boots are absolutely perfect for them, both in style and price point. They are also very much into pretend play, so I know that toys that mimic real-life are something they latch onto. Audrey has had this ice cream shop since her birthday in May and she’s served us ice cream literally every day since! I’m going to get these cake pops to add to her ‘shop’ because I know she’ll love them just as much. Oddly enough, Audrey’s number one request for Christmas is a race track. I don’t know what brought that about, but I’m eyeing this one from the Cars movie. I like that the vehicles continue to race around the track as opposed to having to continuously launch them (that’s where Jack always lost interest after a few runs!). She also wants a camera, so I’m considering this one which looks as though it’ll hold up to a 4 year old while mimicking more of an adult camera. Madelyn is also into pretend play as well as crafting. I love art kits such as this one because it provides most of the tools that she needs. Just add a big roll of paper ;) And this bunny house would be perfect for either of the girls, I just may end up getting two! This Go Fish game is one that we’ve had since Jack was younger and I’ve recently been breaking it out to play with Audrey who just loves playing ‘goldfish‘. It makes a great gift add-on or stocking stuffer.

Jack is in the midst of loving all things Harry Potter. He’s read the series a few times and is ready to circle through it yet again. I’m told that other books are too boring! He does enjoy non-fictional books however, and loves reading through National Geographic books such as this one.

Whether you’re looking for your own kids, grandchildren, nieces/nephews or friends, I’m hopeful that this will give you at least an idea or two! 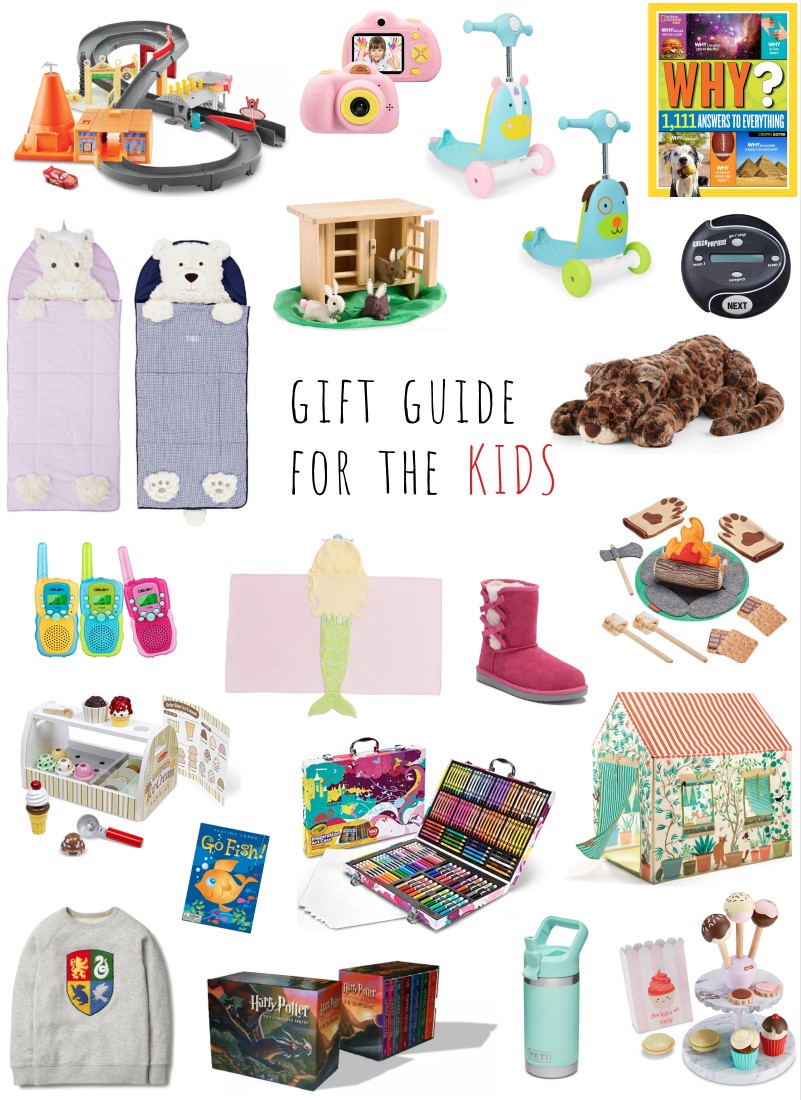