Getting Personal: I Hate Lyme Disease

My husband has Lyme Disease and I hate it. Jack is (and has always been) a driven, motivated and ambitious man. Nothing could stop this guy until Lyme finally took over his body. A horrible disease passed on by ticks, has totally changed our lives. There aren’t many people that are aware of this, in part because he’s not looking to receive any sympathy, but also because he does not have a happy ending to talk about…yet. 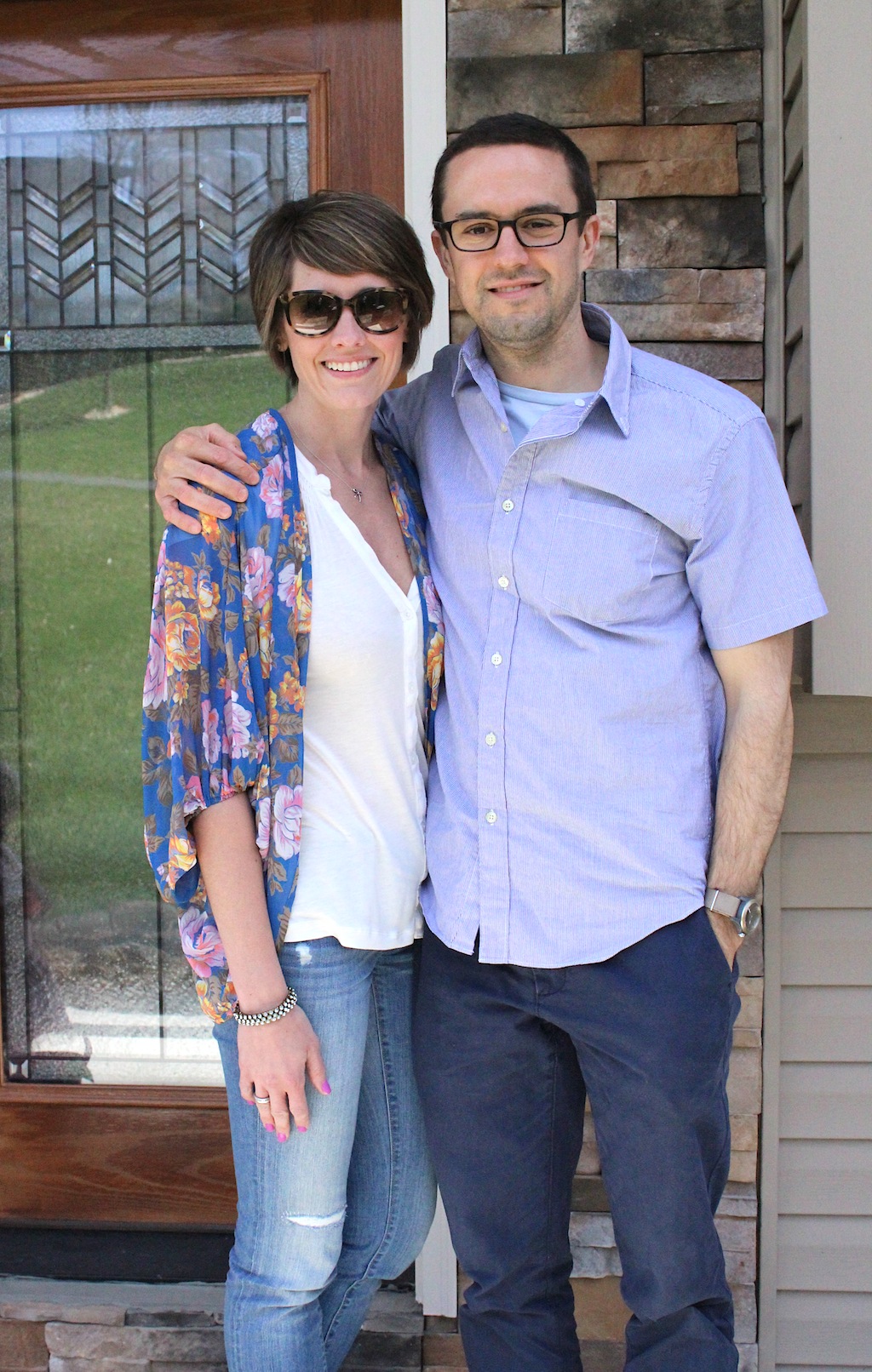 Over the past decade, Jack has been dealing with ailments including vision problems, allergic reactions, dizzy spells, heart palpitations and migraines to name a few. He’s seen, optometrists, neurologists, allergists, nutritionists, chiropractors and migraine specialists all in addition to his GP. None of them ever mentioned Lyme. He’s also had numerous tests including CAT scans and MRI’s and we’ve spent countless dollars in an attempt to figure out what exactly was wrong with him.

As things were progressively getting worse over the past two years, we’ve had more and more people praying for him. Without a doubt I know that’s what led us down the path of starting to get answers. A good friend of mine mentioned Lyme to me in January as I was venting about what he’d been going through and how hard it was to handle as a family. Actually, she was throwing out a bunch of thoughts, but this one stuck with me even though I really had no clue what it was. During this same period of time, my Mother in law also came in contact with someone who was in the process of battling Lyme Disease. After we had both unknowingly brought this to Jack’s attention simultaneously, he started to research it a bit more. As he did, things began to piece together. He found a specialist only a few hours away from us and immediately got an appointment (in large part because they could hear the desperation in his voice). By this point, he was having trouble focusing, couldn’t concentrate and would find it necessary to lay down multiple times a day just to keep the stamina he needed to continue working.

As Jack drove to his appointment, we had a network of people praying that he would in fact have Lyme Disease (as crazy as that sounds). We were running out of options and honestly didn’t know where we were going to turn next. Of course it took nearly two weeks for the blood work to come back, but when it did he tested 100% positive for Lyme.

Hallelujah!! Right? So we thought…

The tests are only able to show that he has had the disease for 4+ years, no further back. From our best guess, and without ever having seen a bite, he’s most likely had it for at least a decade. That being said, the longer one has had the disease the more imbedded it is and the longer the antibiotics take to attack it. Oh and let me not forget to mention that as the disease is being attacked, my husband’s body suffers….tremendously.

This is the part where I do my best to stay strong…for him and for our kids. Yet, I sit here sobbing while I type and he lies in bed suffering from another Herx reaction as his body continues to fight. Each day is a battle for him. He does his best to push it aside and put on a good face for those he comes into contact with, but if you came into our home you’d see him sitting with an ice-pack on his head, curled up on the couch. It’s heartbreaking for my son who understands that his dad is sick, but not the gravity of it. He’s always asking questions and wondering when his dad will be able to do normal things like go out and kick the soccer ball around or go to the park to play. He asks, “will you be better when I’m 5? Or maybe 6?” It crushes us both.

We’ve been dealing with this with our family and some close friends, but I am reaching out to this blogging network and asking for your prayers. Prayers that my husband will stay strong as he battles Lyme. Prayers that I can continue to pull the slack and fulfill any and all duties that need taken care of. Prayers for our children, that there will be a day that they’ll have their dad back. We have the faith that he will heal, but when you’re in the thick of it day in and day out it can often be hard to see that light at the end of the tunnel. And just as importantly, please, PLEASE check yourselves, your kids and your pets as the tick season kicks into high gear. From what I am hearing, ticks are to be abundant this year and as minuscule as they are, they can wreck havoc on ones’ life. Lyme is certainly an up and coming epidemic and I’m sure we’re only going to be hearing more and more about this terrible disease.

Thanks for reading and letting me vent. This little blog serves as great therapy for me.