Father’s Day is nearly upon us, so for those of you that may be on the hunt for a little something for your father or husband, I’ve got you covered. I worked with Jack to put together an array of gifts that are right up his alley and hopefully your father/husband’s as well! Read on to see why this particular selection made the cut… 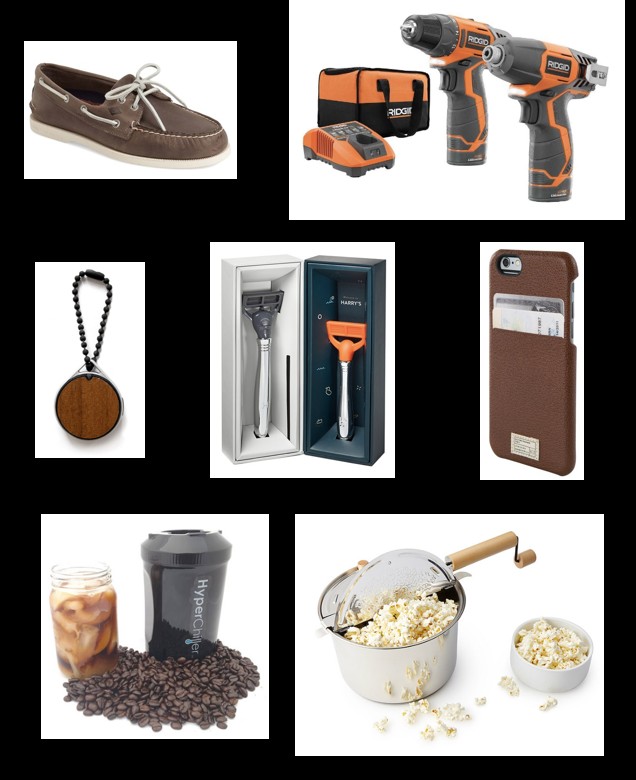 Sperrys: Jack has worn Sperry’s for the past few summers and he (and I) love them. They are laid back and comfortable but still keep him looking put together and like he cares (a bit) about how he’s dressed ;)

Impact Driver Combo: Being our first year in our own home, this has been Jack’s year to  start his collection of tools. When I first asked him what I should have on this gift guide, this was the first thing he mentioned without hesitation. I can’t give you many more details other than they are ‘power tools’ haha, but if yours doesn’t have one, I bet they’d like it!

Bluetooth Tracking Tag: Such a great idea for the guy that may happen to misplace things (ie keys). Could prove to be quite the time-saver ;)

Father/Son Razor’s: This is just the cutest. A top notch razor for him and a pretend razor for the little guys….so stinkin’ cute!

iPhone case/wallet: Jack has basically given up wallets. He is a minimalist and carries as little as possible, basically his phone, license and a credit card. Hence the reason this item would be perfect for someone like him!

HyperChiller: This is quite the hot item lately. Jack had been reading about the HyperChiller and ended up getting one for his iced-coffee loving mother last month. We’ve only heard rave reviews since then! It chill’s coffee to perfection in 1 minute! And if coffee isn’t his thing, it can be used for whiskey, wine, tea etc, whatever his drink of choice may be this summer!

Popcorn Popper: Jack loves his popcorn and the microwave bags just don’t cut it. We have friends who make theirs on the stove every time they have get togethers and it’s a huge hit with everyone.